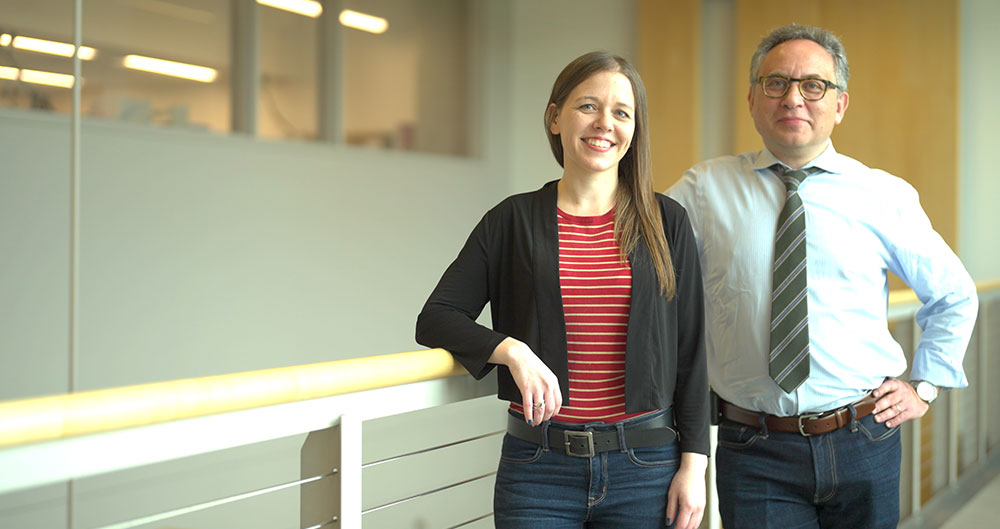 This Month
HELP AND HOPE FOR A SCARY SLEEP DISORDER

Allan Moon has no recollection of his involuntary movement while sleeping that ended up hitting his wife’s jaw.

Same with the dream and the threat that he was up against. But his wife, Barbara, is still shaken by what happened that night.

She wasn’t badly hurt, but Allan was completely unaware of what had happened and horrified when he found out. 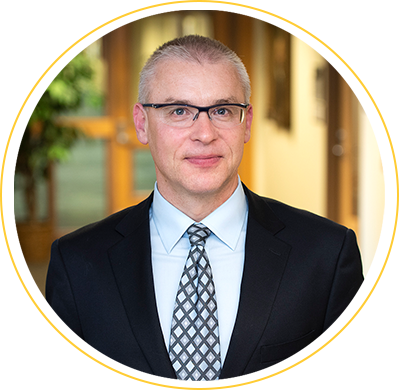 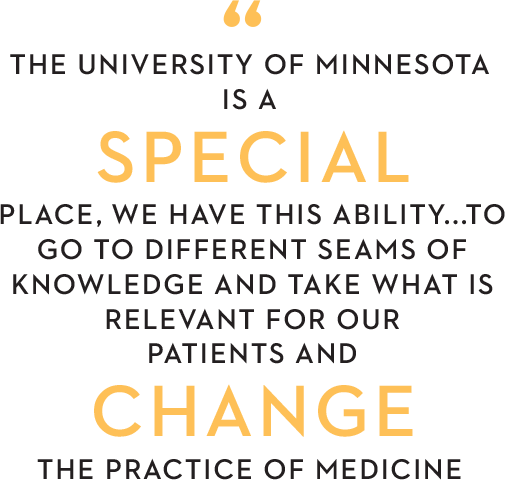 Discover better healthcare
Look for the M.
Find a clinic » 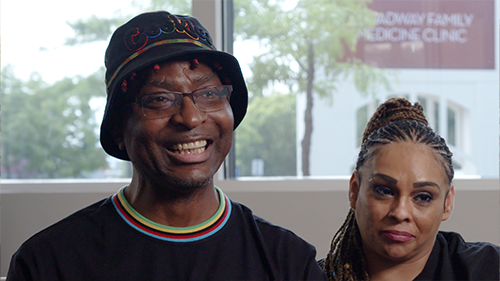 Connection: The power of primary care

There are two Harold Palms: One before his lung transplant. One after. Harold before was a tough-minded welder who told it like it is and didn’t need anybody.

Harold after still speaks the truth, but does it with a smile and a joke or two. And he’s learned that he needs people, especially the young doctor who was with him every step of his ordeal. 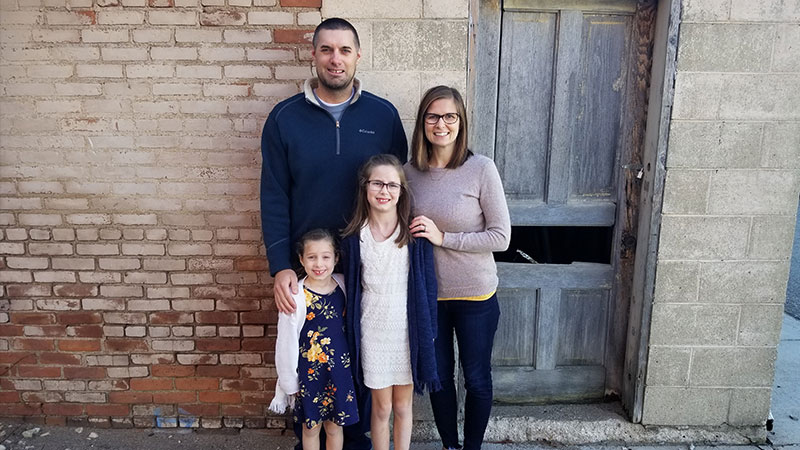 Alex and Erin Schubert take nothing for granted when it comes to their two girls. Not even something as simple as their passion for building snow forts in the yard.

Not even something as simple as their passion for building snow forts in the yard.

First Maleah, their oldest, was diagnosed with hereditary chronic pancreatitis, a genetic disease that sidelined and, all too often, hospitalized her with bouts of knife-like abdominal pain.

Then, tests confirmed that her little sister Lauren, struggling with the same symptoms, had the devastating disorder, too. 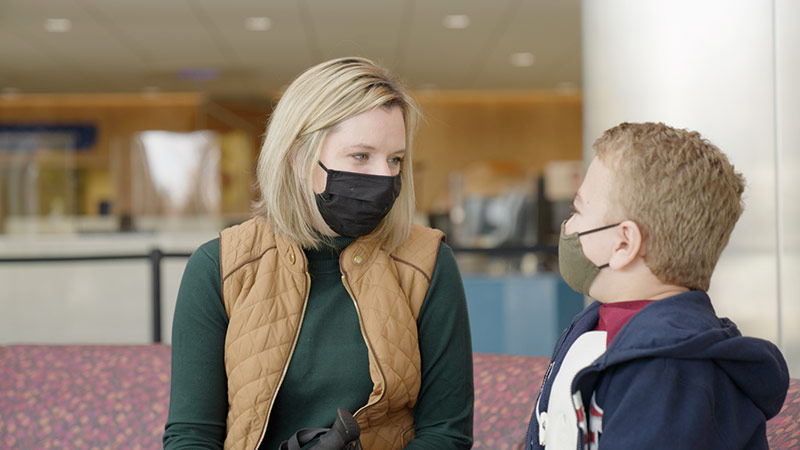 A rare disease and something even rarer.

Having one child with a rare disease is challenging enough. Brooke and Mich Thomas have three.

But, then, they might have something even rarer: People who can’t help but rally around such an upbeat family.

Include Dr. Paul Orchard, a pediatrician and professor at the University of Minnesota Medical School, as a fan.

He did the critical bone marrow transplants on Zach, 12, Amelia, 10, and Luke, 5, and continues to coordinate the team of U of M specialists who provide ongoing care for them. 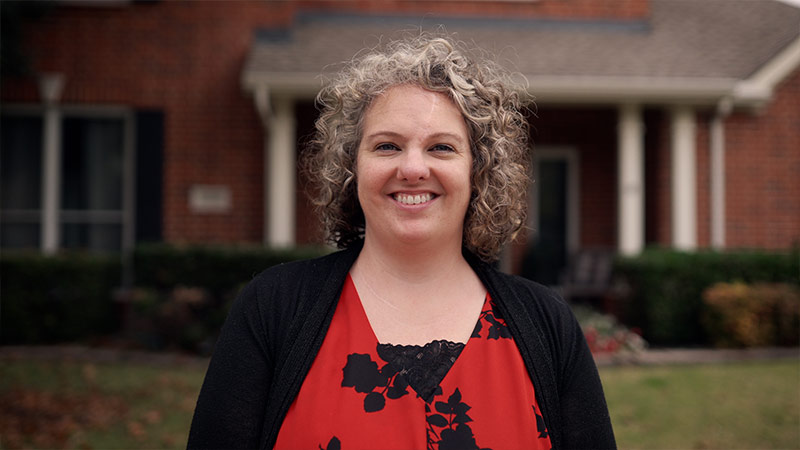 Facing an unimaginable loss. With the help of science, art and, above all, a gifted surgeon.

What happened was nothing short of tragic.

When Karen Douglas reached down to pet a dog at a dog park—in her words—”it nipped” her.

Unfortunately, it was more serious than that. She wound up losing a large part of her nose.

What happened next was nothing short of miraculous. Karen’s emergency room doctor, in an understatement, said he had just the guy to reconstruct her nose. 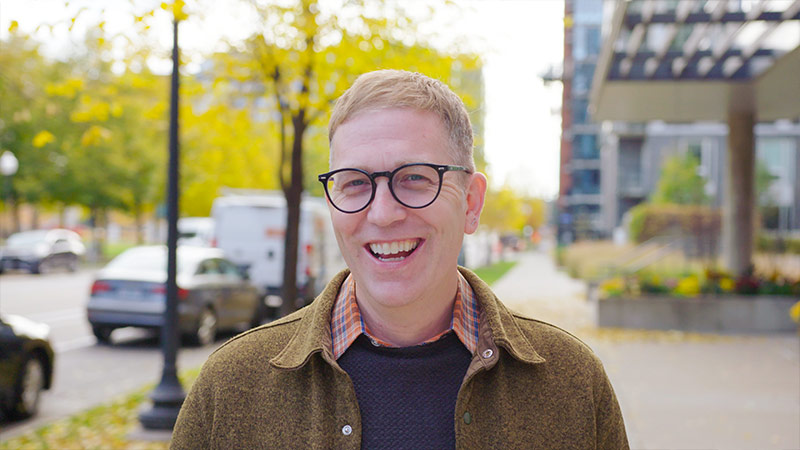 The Art of Medicine: The power of creative space, creative people, creative care

Christopher Houltberg didn’t just need a doctor. He needed, well, an artist like himself. Somebody with the creativity to navigate a complicated healthcare system.

Somebody with the tenacity to get to the bottom of why he’d lost 35 pounds and was in such excruciating pain. Somebody with the heart to let this loving husband, this young father of two know whether he should “prepare for death or fight like hell.”

Somebody… like Dr. Janine Pingel, an internal medicine and pediatric physician at University of Minnesota Physicians Mill City Clinic in downtown Minneapolis. 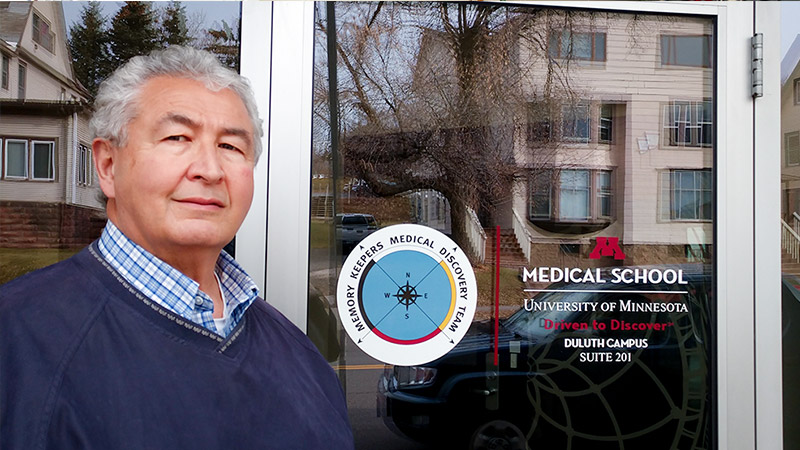 No memory is too small. Helping rural and Indigenous communities find their way through the gathering darkness of dementia

In Duluth, at the University of Minnesota, the Memory Keepers Medical Discovery Team is focused on our rural and tribal communities where, for unknown reasons, memory loss is growing at higher rates than in our urban areas.

They’re working to tackle dementia, which slowly dims the light of too many of our loved ones. To do this, they engage communities in participatory research where “…the University researchers, the academics, don’t drive the research agenda, it’s driven by the communities themselves….” 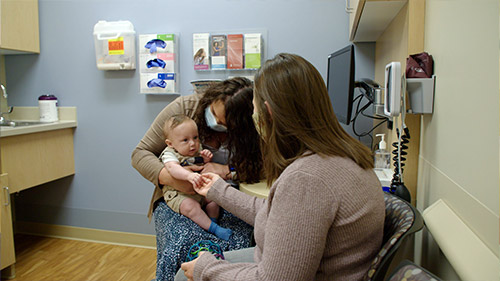 Cassidy Peterson just raised the bar when it comes to hands-on learning experiences.

The University of Minnesota medical student, who spent her first two years at the Medical School’s Duluth Campus, was in on the delivery of 77, count ‘em, 77 babies.

And the Velva, ND, native did it in just nine months shadowing two family medicine physicians at Lakewood Health System in the small town of Staples. 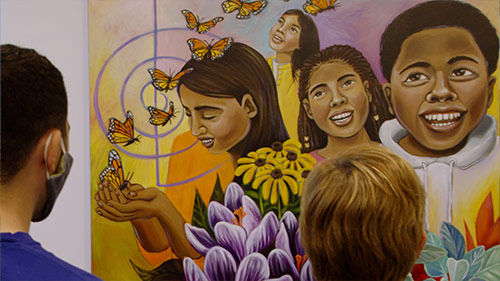 This clinic has a Ladder: And it reaches far beyond an exam room

Aisha Mohamed dreamed of a career in medicine as far back as she can remember.

But there wasn’t a doctor in her family to show her the way. Nor was there one in her tight-knit, North Minneapolis Somali community.

Then, at 17, she joined The Ladder, a mentorship program offered by University of Minnesota Physicians Broadway Family Medicine Clinic. 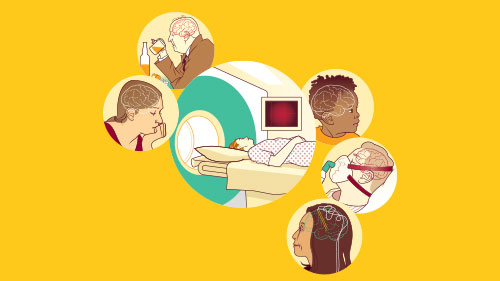 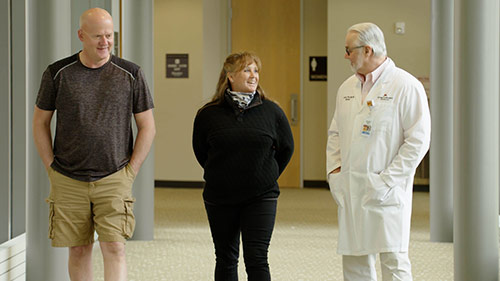 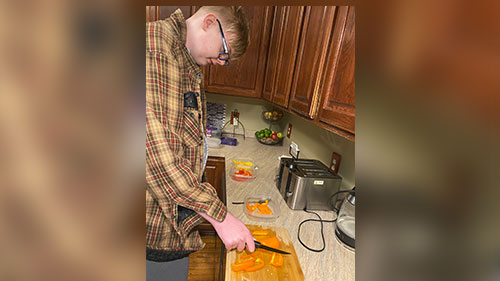 A novel approach to childhood obesity

Losing 50 pounds made a world of difference for an engaging teenager named Jack. He can bike. He can swim. He can even leave his wheelchair in the dust.

Best of all, Jack’s fingers are nimble enough to play with his beloved Legos.

A simple, but powerful new approach guides the University of Minnesota’s Center for Pediatric Obesity Medicine: What Jack and patients like him battle isn’t a character flaw, as conventional wisdom would have us believe. It’s a disease. 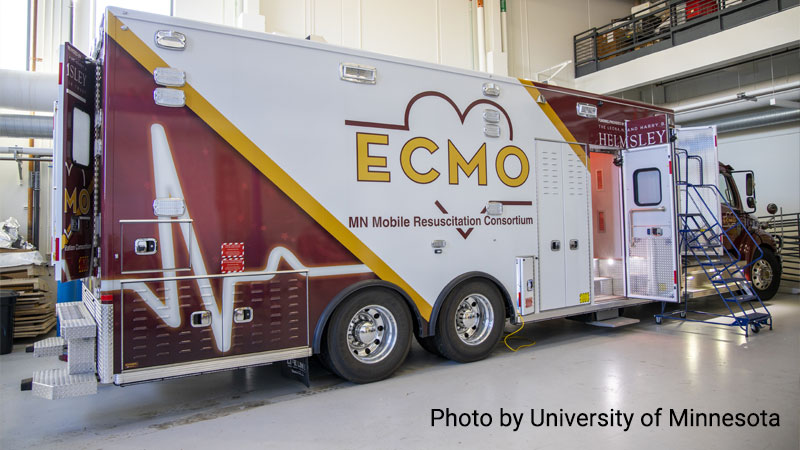 Making a true lifesaver available to as many people as possible 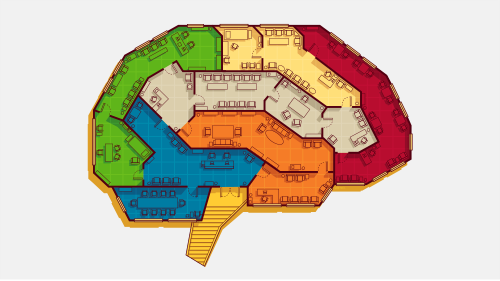 Building Healthier Brains: How a unique team hopes to narrow the opportunity gap and even prevent diseases.

There’s a promising new weapon in the fight against Minnesota’s stubborn and, in these pandemic days, widening opportunity gap. In fact, this novel approach has the potential to go even further, helping us with diseases rooted in our very early years.

Introducing an ambitious new effort: The University of Minnesota Masonic Institute for the Developing Brain. It’s a team that not only includes experts from different—and all too often siloed—disciplines, but just as importantly, community leaders who will help direct and deliver the work to where it’s needed most. 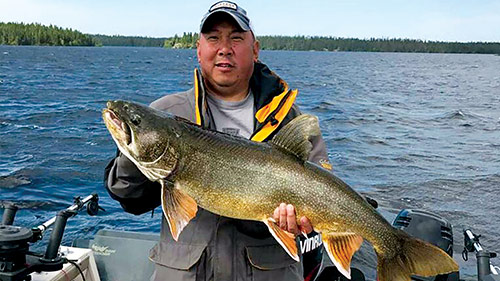 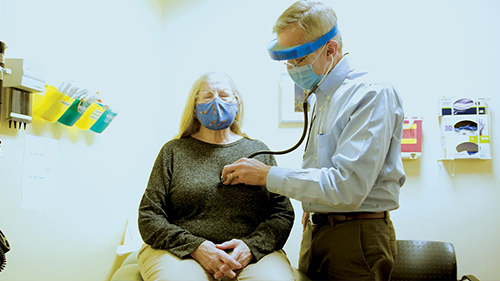 Preparing Minnesota for the “Silver Tsunami”: Can we live healthier longer?

It’s called the Silver Tsunami, an aging and often fragile population that threatens to swamp our health care system. By 2030, 1 in 5 Minnesotans will be 65 years or older.

Two researchers from the University of Minnesota Medical School rise to meet this daunting challenge. 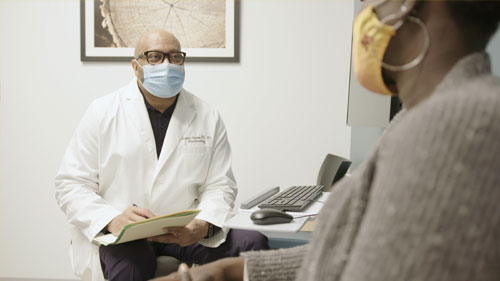 Life-altering pain: the power of humility in treating a very humbling disease

During high school in Chicago, Dr. Clarence Shannon had a life changing opportunity - the invitation to attend a math and science summer program for minority students on the East Coast. This experience expanded his horizons on what his own potential was.

Today he is making a difference, not just for patients, but as the medical director of M Health Fairview Clinic for Comprehensive Pain Management, and by training the next generation of students and residents. 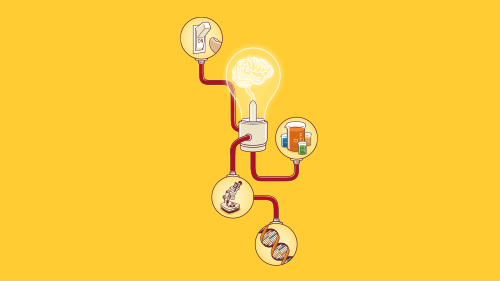 Using science, not willpower, to conquer a real life – and death – brain disease

Addiction needs no introduction. We all know somebody who struggles with a beguiling lifelong attraction to the very substance that is their undoing.

Introducing, in a word, hope: The University of Minnesota’s Medical Discovery Team on Addiction. It’s a passionate group of researchers from different disciplines armed with newfound knowledge about the brain’s central role in addiction and the technology to push that understanding even further. 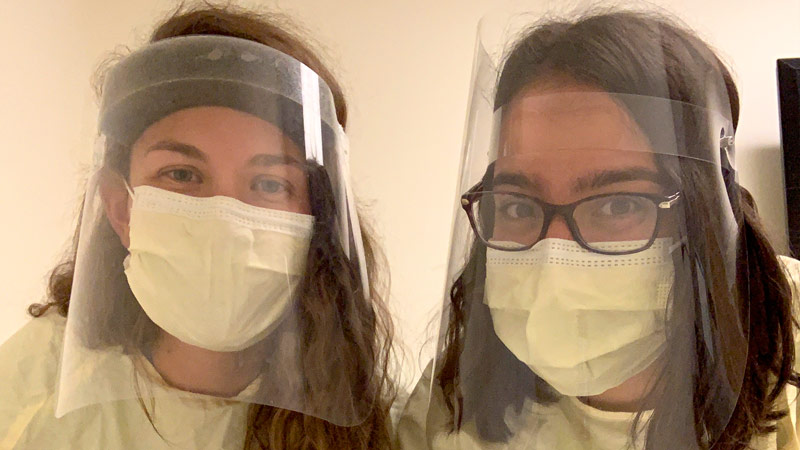 Healthcare may be hurting, but here comes a whole new generation of healers

When Kriti Prasad was just six, she told the babysitter she wanted to be a “shot girl,” just like her physician mom.

Now, after experiences like COVID-19 and the inequities it exposed, the second year University of Minnesota Medical School student aims higher. 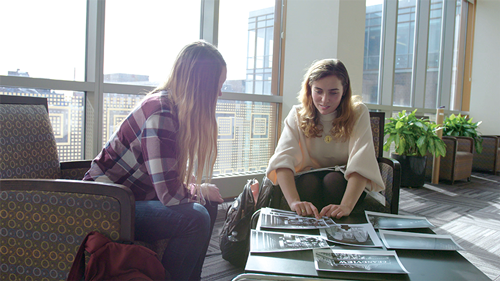 Natalie’s story revisited: Help and hope at a time when we ALL need it most

Natalie Narvaez simply wanted to help other people like her.

And so, the University of Minnesota sophomore opened up about her long struggle with depression and her participation in Dr. Katie Cullen’s promising research using mindful breathing and neurostimulation as alternatives to existing therapies 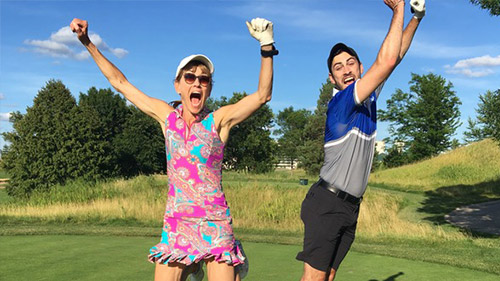 Sue’s Story: Partnering with the best and brightest to fight diabetes

At just 12, Sue Rockers got “terrifying” news. She had Type 1 diabetes.

The little girl who dreamed of being a teacher raised her sights: Making sure this dangerous disease would not stop her from running, skiing, swimming or anything else.

There was only one problem: This super active Minneapolis wife, mom and school nurse got so good at managing her disease that it was hard to find a doctor who knew more. 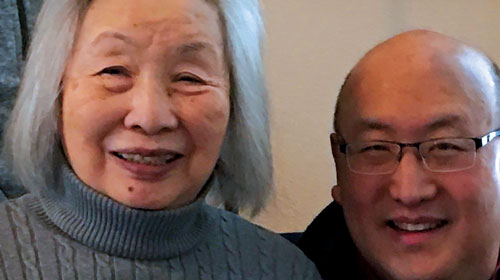 Bevan’s Story: A front row seat on a devastating pandemic – and the people fighting it

“I think part of it is a sense of guilt,” says Dr. Yueh. “Here I was, a physician, a healer who’s supposed to be taking care of people.” 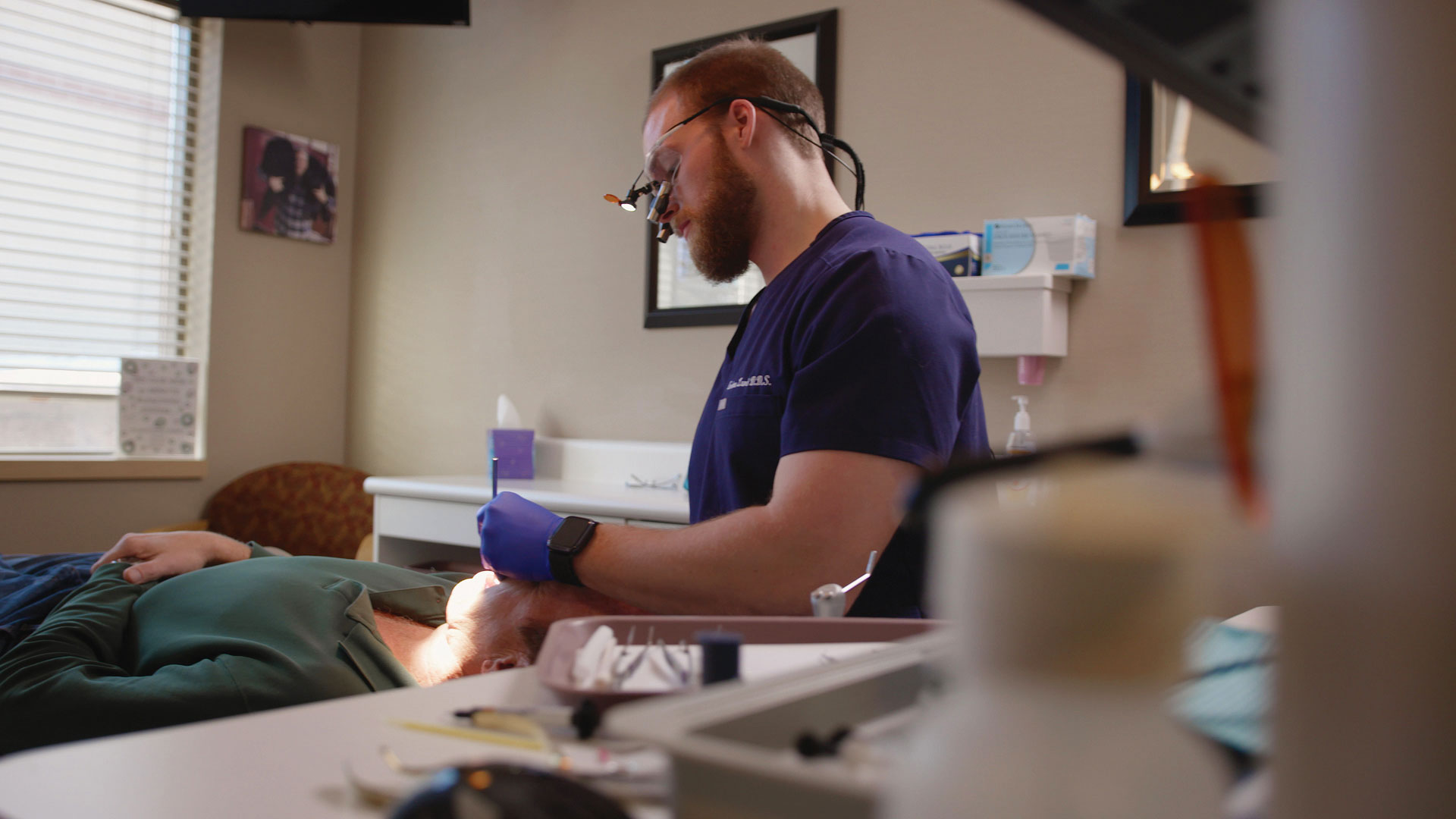 Andrew’s story: A second chance where once there was none.

Andrew Lund was just 26 when his heart suddenly stopped beating at a family gathering. Paramedics, taking over for a Good Samaritan on the scene, tried restarting it with electric shock (defibrillation). Once, twice – seven times in all.

There was one last hope, a trip to M Health Fairview and a doctor with expertise in resuscitation medicine and a technology that’s a real game-changer for cardiac arrest patients.

Natalie’s Story: Help and hope for those who haven’t found what they’re looking for yet

Since middle school, Natalie Narvaez has struggled with depression, which she describes as a feeling of “dread.” Over the years, she’s seen five therapists. She’s also tried medication, but it only made her feel worse.

Understandably, the freshman was all in when researchers at the University of Minnesota Medical School asked her to participate in a study exploring a possible new treatment: Brain stimulation paired with mindful breathing. 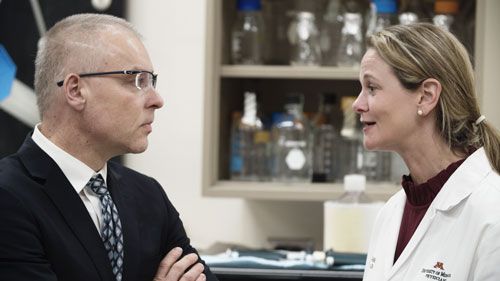 A resource for Minnesota: responding to a pandemic

Minnesota is a state full of incredible resources: our rich farmland, beautiful lakes and forests, sites sacred to our indigenous peoples, culture of biotechnical innovation, and people with a strong work ethic and desire to help others. One of the state’s resources is the University of Minnesota. 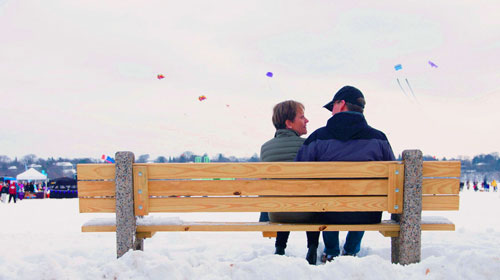 Where fear becomes hope: How a cancer diagnosis gave Tori a larger sense of purpose

Tori Jaffray thought the thickening around her waist was simply the common but dreaded “menopause midsection.” She upped her work-outs, but the problem only grew until one night at dinner there was hardly room for food.

A trip to urgent care led to a diagnosis that, more than a year later, still brings tears to this Orono woman’s eyes.