“I wouldn’t think twice about doing it again – even knowing what I know now,” Chad says, pausing at times to catch his breath from lungs still compromised by the virus’s vicious attack.

“Some patients were agitated. Others confused. Some were even hallucinating.”

Help is on the way from the likes of Dr. Farha Ikramuddin, a physical medicine and rehabilitation physician at the University of Minnesota who noticed, early on, the multiple physical and even mental issues facing COVID-19 patients at discharge.

Most at risk, she says, are people like Chad who, in order to pull them through the toughest stretch of the virus’s siege, were sedated and intubated– some for unprecedented lengths of time.

In addition to the multiple organ damage the virus can wreak on its own, intubation, especially when it lasts for weeks, can cause issues, too, like muscle atrophy and cognitive impairment.

At this point, Dr. Ikramuddin has more questions than answers, but, through science and teamwork, she hopes to develop a rehabilitation program.

She’s already opened an Adult Post-COVID Clinic, one of several M Health Fairview clinics specializing in the recovery of COVID-19 patients. Other plans are to provide a support group so patients can remotely share their harrowing experiences.

“It takes a village to care for these people,” she says. “I’m just one of the many working in this area. And humbled to be of service.”

Much of Chad’s hospitalization is a blur. But he does vividly recall thinking that his prospects were slim when doctors told him he needed to be intubated.

He was also fully aware that he might never hold his beloved wife Tanya again.

Twelve days later, Chad awakened to find the tube providing him with oxygen gone. He pushed Dr. Ikramuddin to help him recover enough strength so he could be discharged as soon as possible.

It took him all of six months to be well enough to go back to work, but only behind a desk at the station, not in a patrol car. It’s very difficult, he says, hearing his fellow officers on the radio calling for back up and not being able to respond.

But, maybe, just maybe, with the help of Dr. Ikramuddin, who recently called to check up on him and suggest pulmonary therapy for his lingering breathing issues, he might one day be able to continue the career he loves.

“I’ve been reaching out to more people than ever and just making sure everybody’s doing good. And the funny thing is they sort of go, ‘Shouldn’t you be worried about yourself?’ No, I tell them. I can still talk to people. I can still be there for people.”

How COVID-19 Impacts Different Areas Of The Body

The hallmark symptom of COVID-19, loss of smell/taste, can persist long after recovery. Brain inflammation can result from overstimulation of the immune system. Some patients suffer strokes due to blood clots or hemorrhaging in the brain. Lasting symptoms commonly include: brain fog, trouble thinking, mental fatigue, and memory loss.

Complications as diverse as blood clots, bleeding into muscles, toe blisters, rash and rough skin occur. For people who have been on ventilators, the sedatives, muscle relaxers, and painkillers can cause serious muscle atrophy needing rehabilitation. Many people experience long-term muscle, joint, and other body aches.

COVID-19 can damage the internal organs with blood clots and in other ways. It can cause liver problems, kidney injury or chronic kidney disease (reversible with dialysis), heart inflammation, or intestinal damage. All of these can last longer than the disease itself.

After intubation, when a patient has a tube run through the throat to the lungs so that a ventilator can support their breathing, patients may need therapy to regain normal swallowing and voice production.

Some patients, called “long haulers,” continue to have significant symptoms after they have recovered from the main illness and test negative for COVID-19.

Dean of the University of Minnesota Medical School

“Science,” he often says, “is our best answer to almost everything that is broken with human bodies.”

But, he adds, science can’t do it alone.

“Outbreaks are inevitable,” he says. “But pandemics are avoidable. We better learn that lesson and say, ‘How are we going to be better prepared next time around with PPE, with ventilators, with social controls, with advocacy?’” 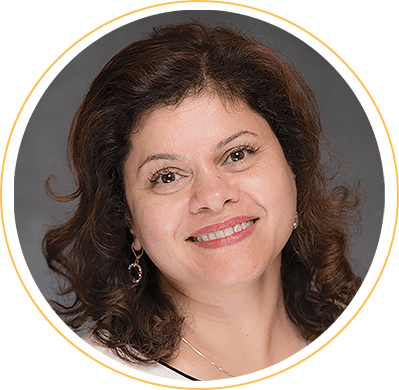 COVID-19 may have brought humanity to its knees. But it also brought out the best in us. We learned and became stronger as a result of it. The development of new platforms of telemedicine and unparalleled teamwork will have a lasting impact.

She adds that understanding common risk factors of patients with a more severe form of COVID-19 will offer a perspective on global health risks. Our responsibility now is to learn from this.